In data mining, anomaly detection (also outlier detection) is the identification of items, events or observations which do not conform to an expected pattern or other items in a dataset. Typically the anomalous items will translate to some kind of problem such as bank fraud, a structural defect, medical problems or errors in a text. Anomalies are also referred to as outliers, novelties, noise, deviations and exceptions.

In particular in the context of abuse and network intrusion detection, the interesting objects are often not rare objects, but unexpected bursts in activity. This pattern does not adhere to the common statistical definition of an outlier as a rare object, and many outlier detection methods (in particular unsupervised methods) will fail on such data, unless it has been aggregated appropriately.

In this article, we will focus on the first category, i.e. unsupervised anomaly detection. The type of algorithm we will use is called auto encoders. Auto encoders provide a very powerful alternative to traditional methods for signal reconstruction and anomaly detection in time series.

What is an auto encoder? It is an artificial neural network used for unsupervised learning of efficient codings. Its goal is to induce a representation (encoding) for a set of data by learning an approximation of the identity function of this data \(Id : \mathcal {X} \rightarrow \mathcal {X}\).

Architecturally, the simplest form of an auto-encoder is a feedforward, non-recurrent neural net which is very similar to the multilayer perceptron (MLP), with an input layer, an output layer and one or more hidden layers connecting them. The differences between autoencoders and MLPs, though, are that in an auto-encoder, the output layer has the same number of nodes as the input layer, and that, instead of being trained to predict the target value \({\displaystyle Y}\) given inputs \({\displaystyle X}\), autoencoders are trained to reconstruct their own inputs \({\displaystyle X}\). Therefore, autoencoders are unsupervised learning models.

Autoencoders are also trained to minimise reconstruction errors (such as squared errors):

As said previously, auto-encoders mostly aim at reducing feature space in order to distill the essential aspects of the data versus more conventional deep learning which blows up the feature space up to capture non-linearities and subtle interactions within the data. Autoencoding can also be seen as a non-linear alternative to PCA.

Below is the schematic structure of an auto-encoder with a single hidden layer. The vectors \(\mathcal{X}\) are of length \(d=8\) and we attempt to reduce the dimensionality of the inputs to \(p=3\). 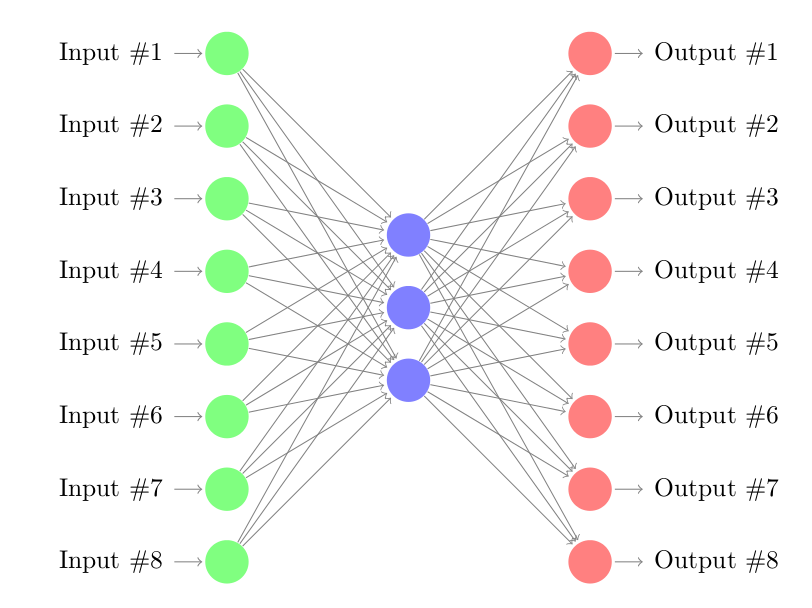 The idea to apply it to anomaly detection is very straightforward:

Note that \(\mathcal{O}\) was selected in such a way that it is highly improbable to sample such values with a standard normal sampling: \(P(X^k > 6) << 1\). We bound this interval to 9 to keep the same order of magnitude in our dataset.

We find an accuracy of 1, hit rate of 1 and precision of 1. The system is very well-suited for this particular task. The code is available here: https://gist.github.com/philipperemy/b8a7b7be344e447e7ee6625fe2fdd765.

In this section, we consider two cases:

The idea is to be able to capture covariance changes inside the data and over time. We recall the definition of the covariance below for conveniency.

Case 1: Covariance along the dimension \(d\) 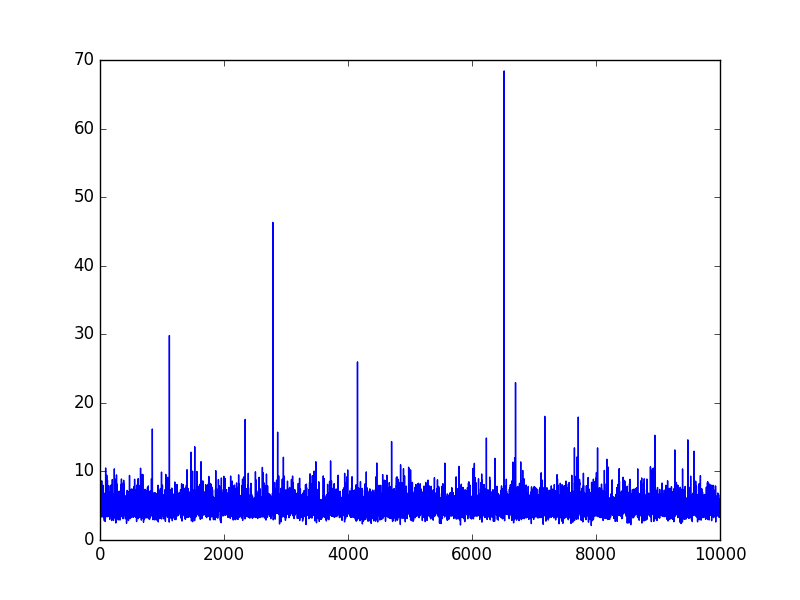 MSE for the training set 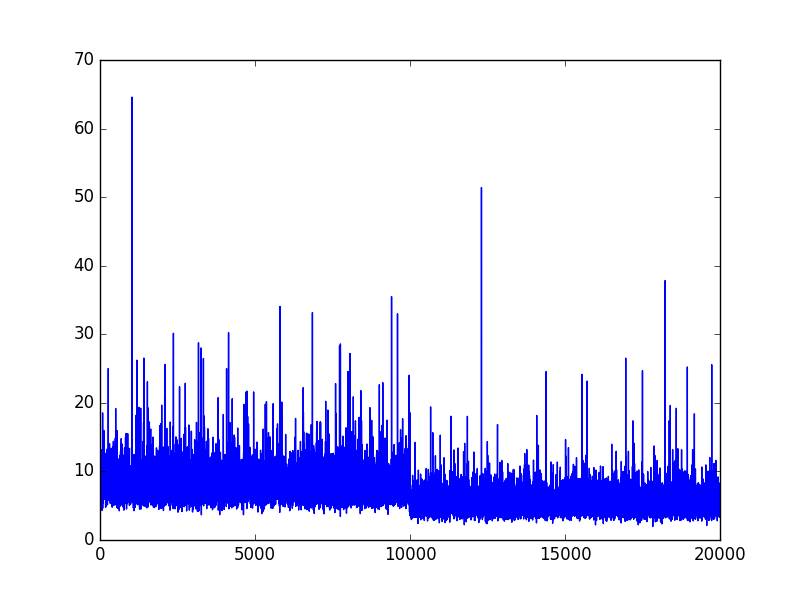 With little surprise, we find that the MSE is lower in the second half of the testing and corresponds thoroughly to the MSE of the training set. The model is capable of distinguishing when the covariance matrix changes.

Case 2: Covariance across the dimension \(t\) (only)

We consider an auto regressive process of order AR(1) to model this non-zero autocorrelation function:

where \(\epsilon_t\) is a white noise process with zero mean and constant variance \({\displaystyle \sigma _{\varepsilon }^{2}}\).

The autocovariance is given by (where \(n\) is the lag):

Throughout this setup, we fix \(d=1\) for sake of simplicity. The problem remains exactly the same and becomes simpler to visualise and understand.

The noise is generated from a standard normal distribution. \(X\) is split into two main segments: \(X_{train}\) and \(X_{test}\).

We can summarize the process generation this way: 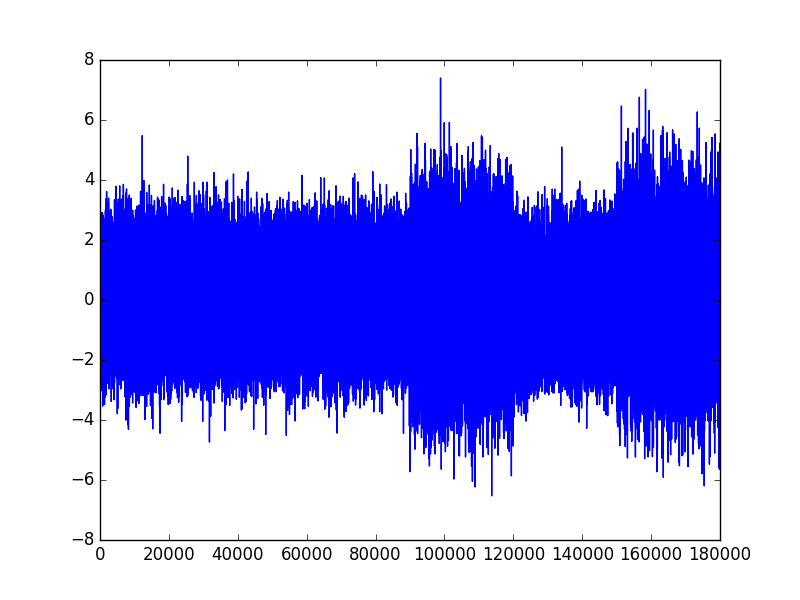 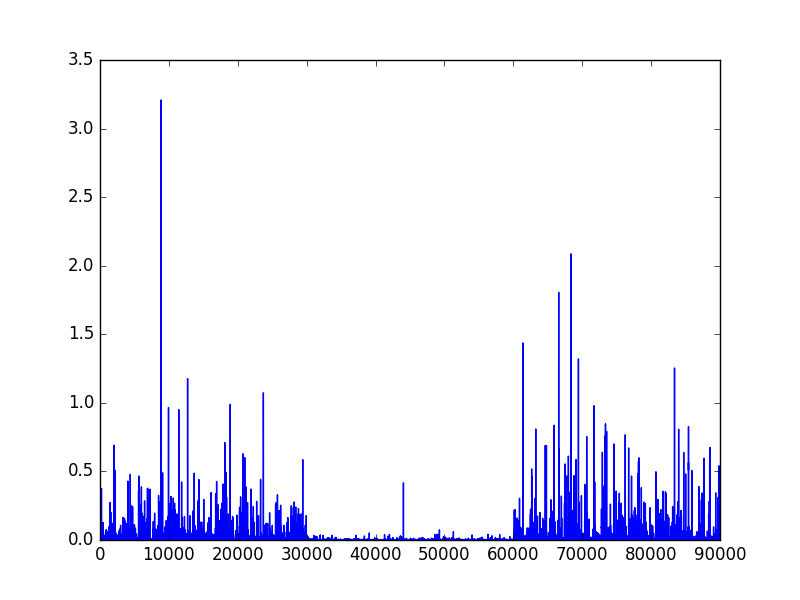 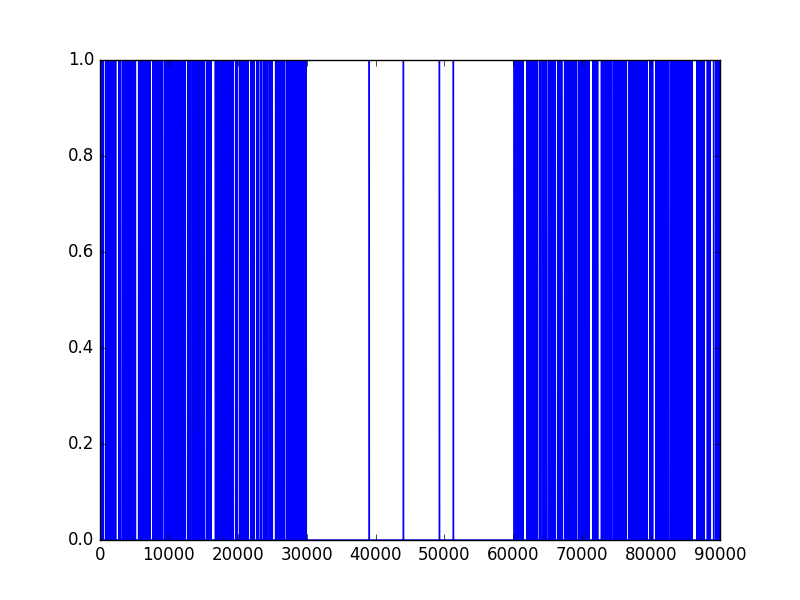 MSE above a certain arbitrary threshold (0.5 here) for the testing set

Not surprisingly, the model appears to be almost flawless and can detect accurately a change in the parameter \(\varphi\). Let’s see if it still performs well if we decrease the quantity \((\phi_{2} - \phi_{1})^2\). 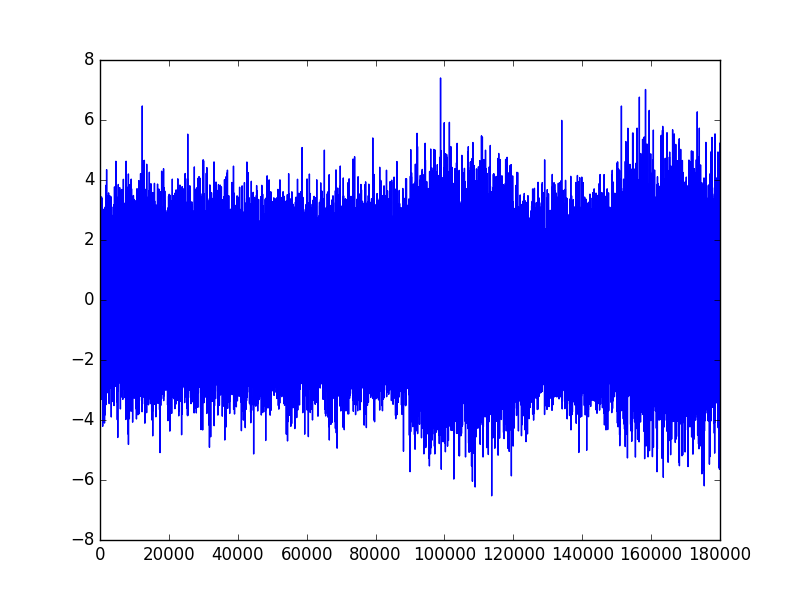 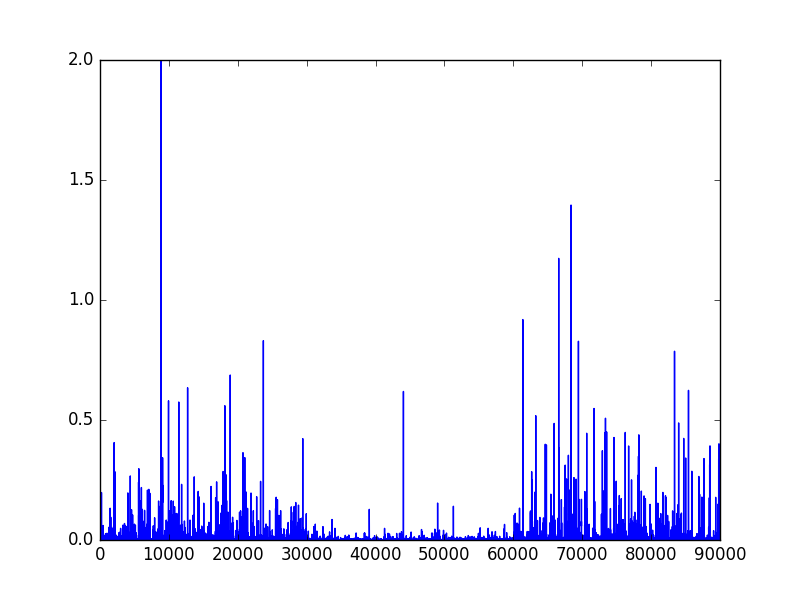 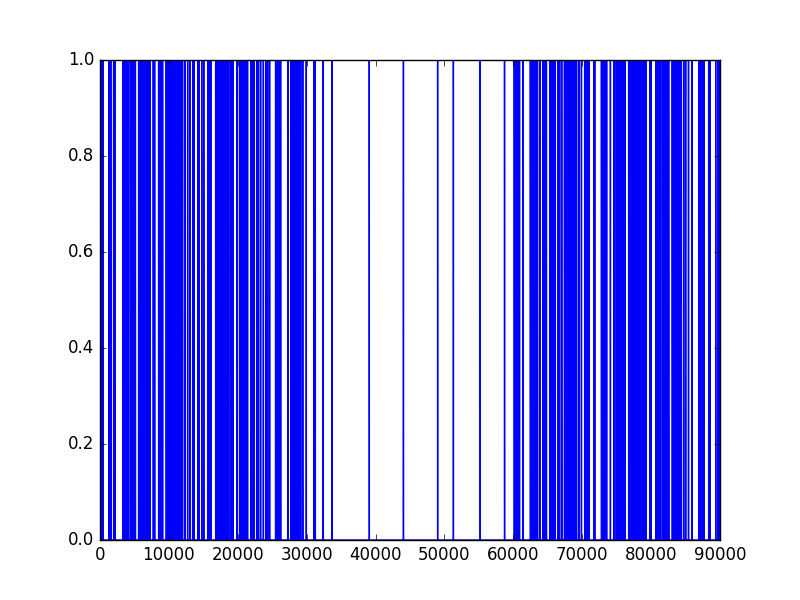 MSE above a certain arbitrary threshold (0.5 here) for the testing set

IMPORTANT NOTE: The choice of the loss function is very important and in most of the cases, the MSE might not be the most adapted measure. For example, let’s assume that we train on any zero-centered signal with the outliers be zero-valued. The MSE of the outliers is very likely to be less than the MSE of our original signal (because the signal is centered around 0, the value of the outliers - 0 here - equal the expected value of the signal). In this case, the MSE is unable to classify between our signal and the outliers. In this case, we can add a moving average component to the MSE and we look at the deviations from the moving average for outlier detection. Also, looking at the first order derivatives of the MSE (rate of change) could be beneficial to the analysis.

Throughout this article, we presented straightforward toy examples to be more familiar to auto encoders (MLP, LSTM…). Keep in mind that real world problems are usually very different from the content of the examples mentioned above.

However, we are utterly convinced that the auto encoders remain a powerful dimensionality reduction tool for non linear problems.